After disappointment comes success. After a new approval and multi-million dollar deals, are ADCs finally moving to the forefront in the targeted therapy space?

In March 2019, a global development and agreement worth up to $6.9 billion was made between global pharmaceutical giants Daichii-Sankyo and AstraZeneca for DS-8201. This is quite remarkable because DS-8201 is, in fact, an antibody drug conjugate (ADC) – and it’s fair to say that ADCs have faced a bit of adversity over the years. Plagued by higher than average discontinuation rates in recent years, the ADC space has also been hit by some high-profile setbacks, including AbbVie’s frustration with disappointing results from one of its flagship investments, Stemcentrx’s rovalpituzumab tesirine (Rova-T).

But now, after more than 20 years of development, ADCs are becoming a highly investible class of drugs. Why? The field recently witnessed its fifth approval (see Table 1) and boasts over 700 trials, more than 300 clinical and preclinical programs, annual growth in clinical trial starts and a growing number of new molecular entities entering clinic, according to Beacon Targeted Therapies.

In its most basic form, ADCs are comprised of a targeting moiety and payload. They essentially embody the Nobel Prize winning physician, Paul Ehrlich’s “magic bullet” concept, articulated more than 100 years ago. The payload is a cytotoxic compound, hitched to the antibody that – in an ideal world – drives selective binding directly to the desired site of action on a cancer cell.

However, the devil is in the details... Besides the targeting moiety and payload, there is a middle part that brings it all together, the linker. The specific linker and the mode of attachment (conjugation technology) employed contribute fundamentally to the properties of an ADC and so play a crucial role in the success or failure of this complex molecule.

What do you need to know about optimizing antibodies to build an ADC? Over 100 different antibodies, the majority of which are humanized IgG1 monoclonal antibodies (mAbs), have been used to build ADCs. And more recently, some newer technologies have been implemented in order to enhance the performance of the antibody. Companies such as CytomX and BioAtla use conditionally active programmes where the antibody is activated to bind to the target only once in the tumour microenvironment, thus avoiding unwanted on-target binding in normal tissue. In a few cases, some companies such as GlaxoSmithKline and BioThera Solutions are even manipulating the antibody by enhancing the immunological activity of the Fc domain.

But after the clinical success of Genentech’s Kadcyla, the human epidermal growth factor receptor 2 (HER2) targeting mAb, trastuzumab, has become a highly popular antibody choice. Indeed, as a target, HER2, is the target antigen of choice! It completely dominates the space, with a weighty 20 percent of clinically active ADCs targeting HER2 (18 of 90). The next most prevalent targets include TROP-2, Axl and c-Met at only 3 percent each.

What’s even more striking with respect to HER2 is the global distribution of companies this target attracts. Daichii Sankyo’s DS-8201 leads the way, currently engaged in 14 separate clinical trials, three of them being pivotal phase 3 studies, and a widely anticipated FDA submission is in sight for the end of the year. However, 50 percent of all HER2 targeting ADCs are currently being developed in China. In fact, the majority of ADCs to have entered the clinic in 2019 originate from Chinese developers, clearly, demonstrating the global interest in this space.

With regards to payloads, the tubulin inhibiting cytotoxins, auristatins and maytansines continue to dominate – comprising 47 percent of all clinical payloads – with industry powerhouses, Seattle Genetics and ImmunoGen out-licencing their linker-payload technologies to over 30 ADC developers. Their reputation is backed up by the approvals of Adcetris and Polivy and Kadcyla.

A range of payload potencies are currently in use which, in turn, can dictate the drug to antibody ratio (DAR) of the ADC. The widely used auristatins and maytansines usually have an average DAR of about four. In contrast to this, the highly potent DNA cross-linking pyrrolobenzodiazepines (PBDs), of which at least 20 PBD-based ADCs have progressed into the clinic, typically have a lower DAR of about two. In some cases, using a less potent payload, DARs as high as 15 can be achieved, which is demonstrated by the work from Mersana.

There is also an increasing number of novel payloads being developed, with varying mechanisms of action (MOAs), including DNA monoalkylators, topoisomerase I inhibitors, RNA polymerase inhibitors and, more recently, immunomodulators. Using alternative payloads and pushing the application of ADCs even further, companies such as Genentech and AbbVie have expanded development to indications outside of oncology. RG7861 incorporates an antibiotic agent for the treatment of methicillin-resistant Staphylococcus aureus and the steroid-based ABBV-3373 is undergoing evaluation in rheumatoid arthritis patients.

“Plagued by higher than average discontinuation rates in recent years, the ADC space has also been hit by some high-profile setbacks.”

Linkers, defined as the chemistry used to attach the payload to the antibody, play a crucial role in the delivery of the payload. A linker must avoid premature release of the cytotoxic payload and also ensure appropriate release of the payload as it binds to its target. There are two main linker families to choose from; the more widely used cleavable linkers, which cleave based on the physiological environment, and non-cleavable linkers, which rely on complete antibody degradation to release the payload upon internalization.

In terms of conjugation, a generational jump in approaches has been taken by drug developers to enhance the field. Whilst the clinic is still dominated by first generation techniques deploying stochastic conjugation to multiple natural lysines or cysteines on mAbs, there has been significant momentum in efforts directed toward more discrete, homogenous ADCs, utilising site-specific conjugation. Of the clinically active ADCs, over 20 percent are known to be site-specifically conjugated, and make up at least half of the ADCs that have entered the clinic in 2019.

The approaches range from genetic, such as the engineering of natural and non-natural amino acids at predefined antibody sites by companies such as Genentech, Seattle Genetics, Sutro Biopharma and Ambrx, to non-genetic routes explored through chemical and chemo-enzymatic techniques performed by the likes of Synaffix, Abzena, Catalent and Ajinomoto. However, this is still a relatively new development, with most site-specific ADCs still in phase I, it is not yet clear whether this will result in an improved therapeutic window.

Once all three parts have been skillfully combined and the resulting ADC has demonstrated sufficient clinical efficacy, a manageable toxicity profile and a fit-for-purpose manufacturing process, the next hurdle is getting it over the regulatory line. The current phase III pipeline is one with potential; at least nine ADCs are now in the pivotal stage of clinical development, with at least four anticipating a biologics licence application submission by the end of this year.

“The story of ADCs has proven to be one of tenacity and of pushing drug development boundaries through irrefutable innovation.”

Even though there are a diverse set of approaches, alternative conjugation methods and a cocktail of payloads to conjugate with, a priori design of the ideal ADC for a given target remains elusive to date. There is still some work to be done. But, with five approved ADCs and several nearing approval, success rates seem to be at least on par with other novel oncology drug classes.

The story of ADCs has proven to be one of tenacity and of pushing drug development boundaries through irrefutable innovation. The field is now maturing at an impressive rate with a burst of collaboration and investment and a healthy clinical pipeline. Is the next multi-million dollar deal on the horizon?

Joy to the World? 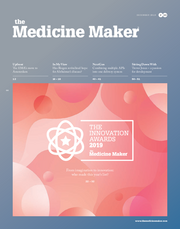