Oncology research has come a long way over the past 30 years, but we must transform outdated practices to further improve drug discovery innovation.

My career began in the late 1980s as a physician, where I spent a few years working in internal medicine. Treatment options for cancer were incredibly limited at the time, with heartbreaking consequences. Our knowledge of both treating and preventing cancer was still in its infancy. Great progress has been made from those days; efficacious targeted therapies have since followed, and today we’re seeing the emergence of personalized cancer therapies.

Despite recent success, the development of novel and efficacious cancer therapies remains an extremely difficult task. Only about 10 percent of the targeted oncology drugs entering phase 1 of the clinical development pipeline are eventually approved, and just a minor subset of them exert a strong therapeutic effect as measured by patients’ life prolongation (1). It is a shared view that the success rate in clinical development could be increased by developing more predictive and reliable preclinical models of cancer. This would allow us to ensure that we only provide patients with high-quality agents by designing innovative, biomarker-driven and patient-tailored clinical trials.

However, we have to admit that one – if not the key – reason why oncology drug development is so challenging is our limited understanding of cancer biology. This, in turn, restricts our capability to match a targeted therapy with the patient population that would benefit from it. We not only need to identify novel targets, but must also understand the context in which they are critical for tumor establishment, survival and progression. Only at the end of this process can we eventually develop novel and efficacious drugs against these validated targets.

Traditionally, target discovery and validation are carried out in academia, with big pharma and biotech in charge of developing and advancing novel drugs. The collaborative force of academia working with the pharma industry – where I have worked for the past 25 years – deserves a lot of credit for how oncology therapy has progressed. I believe there is considerable scope for improving how the two organizations work together, circumventing not only cultural barriers, but also finding appropriate answers to long-standing practical issues, such as the management of intellectual property. An efficient and closer collaboration between the two is particularly necessary in current times, where the pharmaceutical industry is reducing internal R&D budgets and working on less risky targets, while different competing companies perform several trials with comparable drugs acting on the same targets.

Another significant issue that must be solved to improve the interaction between academia and industry is the reproducibility crisis within biomedical science.

Several models have been proposed and established to improve the collaboration between academia and industry. Of note, an increasing number of academic centers are investing in drug discovery efforts. This is achieved through establishing internal R&D capabilities or leveraging the support of either charity foundations or not-for-profit-organizations that are specifically focused on advancing the early stage programs started in academia. In both cases, I believe that in order to succeed, it is critical to avoid a handoff procedure between different stages. Experienced teams of industry scientists should lead the drug discovery efforts while maintaining close – preferentially daily – contact with the scientists who discovered the target and have a deep knowledge of its underlying biology.

Another significant issue that must be solved to improve the interaction between academia and industry is the reproducibility crisis within biomedical science. Reports from companies such as Amgen and Bayer HealthCare have suggested that between 65 and 90 percent of academic literature cannot be replicated within the pharmaceutical industry (2, 3). I can say that these numbers roughly match with my personal experience in industry of being unable to reproduce published cancer biology data in about 50 percent of cases. This lack of reproducibility impacts the entire ecosystem: on one side, this does not help in increasing reciprocal trust, and on the other side, it also escalates financial cost because of the money wasted during a drug discovery program trying to replicate external data.

It is intrinsically difficult to find a single definition of irreproducibility, but problems can occur due to differences in reagents, laboratory protocols, data analysis, and study design. I personally believe that one of the major issues is the tremendous pressure towards publishing positive results in the academic environment. Can a researcher launch a successful career with a long list of negative data? Could a young scientist ever make a name for themselves without a great paper demonstrating the efficacy of a treatment for their PhD or postdoc? Linking research eminence with the publication of positive results will create a bias towards a positive story. Researchers are, therefore, incentivized to select the best possible data to publish in the best possible journal – at the cost of ignoring potentially meaningful, but negative, data.

While positive results are, of course, applauded within industry, failure is also built into the pipeline as an important consideration. Within drug discovery, organizations, like my own, employ a ‘first to fail’ approach to help ensure that resources are efficiently managed. Predefined go/no-go points are included in workflows, which allow for calculated risks to be built into programs. This provides researchers with early exit points if a program is showing unanticipated issues or has problems that cannot be addressed. By rapidly reaching these risk points through robust processes, researchers quickly know whether or not a project is worth advancing. Perhaps some practices within academia could take note from this to help transform how they perceive success.

A lot is left to the initiative of the singular institution, lab and scientist – we need a cultural change to tackle the reproducibility crisis.

Several proposals have been made to address the reproducibility issue and there is not a single solution for a complex problem, but a more rigorous review process before publication, the adoption of standardized study design, and transparent sharing of protocol and methods can certainly help. One example of a program aimed at verifying the reproducibility of seminal findings published in Nature, Scienceand Cell is ‘Reproducibility Project: Cancer Biology’, which was launched in 2013. This theoretically goes in the right direction, but the reported results have added confusion rather than clearing the water! The initial plan to reproduce 50 high-impact cancers manuscripts was reduced to 37, then to 25, and now to 18; not only because of budget constraints, but also because the detailed protocols and reagents used in the original labs were not always available and it would have taken too long to optimize every single experiment. Of the 14 replication studies completed and reported so far, five have substantially reproduced the original papers; four have reproduced some parts of the original papers but did not reproduce other parts; two of the studies could not be interpreted; and three studies did not reproduce the original findings but in some cases the very original has been confirmed in other labs, instead… (4). It goes without saying that the authors of unconfirmed data challenge the new results and attribute the lack of reproducibility to the different experimental settings used in the original versus the replication studies. So here we are, back to square one.

A lot is left to the initiative of the singular institution, lab and scientist – we need a cultural change to tackle the reproducibility crisis. Senior scientists need to dedicate time to the training and mentoring of their graduate students. We need to ensure that researchers who find that something doesn’t work are acknowledged with funding or credits towards tenure, and that ‘negative’ data are published in highly ranked journal when appropriate. By failing to corroborate findings, we are potentially halting or slowing progress within drug discovery that will improve the lives of cancer patients everywhere. 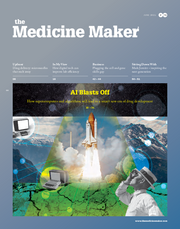