The Cautious Comeback of Oral Peptides

After the initial hype and subsequent clinical failure of oral peptide formulations in the 1990s, pharma took a step back. Today, select oral peptides are yielding positive data in advanced clinical trials. But what is the real potential of the field?

Converting approved injectable peptides and proteins into non-injected formats would represent a major advance for both the biopharma industry and patients alike. Taking insulin (molecular weight of approximately 6000 Da and 50 amino acids) as the upper limit of the molecular definition of a peptide, there were over 100 injectable peptides in pharma’s clinical pipelines in 2013 (1) – with a market estimated at $23.5 billion by 2020.

Therapeutic peptides have highly specific targets on cell surfaces, exhibit high potency and efficacy, and tend to have fewer side effects than traditional organic small molecules. However, almost all of the currently available agents are designed for injection. Why? Following costly but unyielding investment in the 1990s, few companies seem prepared to take on the financial and scientific risk of developing a new peptide and a non-injected route of delivery in the same formulation. Drug makers are much more likely to consider a non-injected formulation for an established marketed peptide or protein only (2). A consequence of this approach is that it has limited oral peptide formulation scientists to working with just a handful of established marketed peptides – those which were originally designed by medicinal chemists for injection. Important examples include insulin- and glucagon-like peptide-1 (GLP-1)-analogs to treat diabetes (3). It’s a rather poor starting point, with missed opportunities to use novel chemistry to select peptides specifically for oral delivery.

David J. Brayden is Professor of Advanced Drug Delivery at University College Dublin’s (UCD’s) School of Veterinary Medicine and is a Fellow of UCD’s Conway Institute of Biotechnology.

A Framework for Translation

Getting on Target for Alzheimer’s 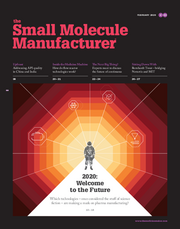