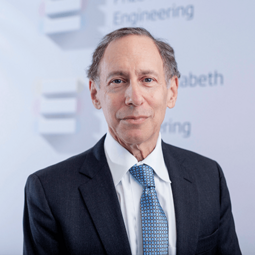 The most cited engineer in history and one of the most prolific inventors in all of medicine, Robert has nearly 1,300 issued and pending patents, many of which have been licensed or sublicensed to over 350 pharma, chemical, biotech and medical device companies. He has been honored with over 200 major scientific awards, including the United States National Medal of Science, and the 2002 Charles Stark Draper Prize (often considered the equivalent of the Nobel Prize for engineers).

It has been estimated that as many as two billion people may have had their lives touched by the technologies created by Robert and his fellow researchers, and many of his former students have gone on to great success in academia and industry. “Working with wonderful students and doing work that can make the world a better place is what drives me,” says Robert. “If I could change one thing about the industry, it would be to find a way to get more funding for basic research that could help pharma.”

Bringing new drugs to patients is an incredibly difficult task that involves numerous indispensable actors – from pioneering entrepreneurs and CEOs, to industry experts, to dedicated researchers, to regulators who keep everyone on the right tracks.

April Issue of The Medicine Maker