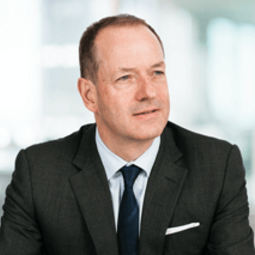 Sir Andrew graduated from the University of Nottingham, UK, in 1985, with a BA in Economics, and joined GlaxoSmithKline the same year. Over the years, he worked in various roles in the UK, South Africa, the USA and Singapore, and in 2003, he was appointed President of GSK Europe and joined GSK’s Corporate Executive Team, before beating several other industry heavyweights to the CEO spot in 2008.

He still maintains close ties with the University of Nottingham and in 2013 was installed as the seventh Chancellor of the university – something he has previously described as a “super honor” and “great privilege”. He is also a Member of the UK Prime Minister’s Business Advisory Group and Member of the Global Health Innovation Advisory Board, Imperial College London, and past President of the European Federation of Pharmaceutical Industries and Associations (EFPIA).