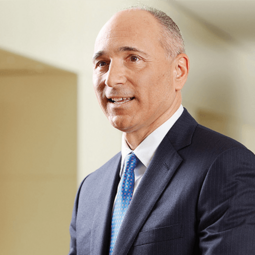 Joseph joined Novartis in April 2007 as Division Head, Novartis Consumer Health, after spending eight years running the North American, European and then Asian operations of H.J. Heinz. He was named CEO of Novartis in 2010. He is also President of the European Federation of Pharmaceutical Industries and Associations (EFPIA) and Chairman Elect of Pharmaceutical Research and Manufacturers of America (PhRMA).