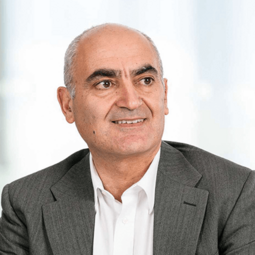 Moncef was professor of immunology at the University of Mons, Belgium, before his move into industry. He has published more than 100 scientific papers and is a member of the International AIDS Vaccine Initiative Board of Directors. Moncef was at the helm of GSK’s global vaccines business from 2015 to 2017.