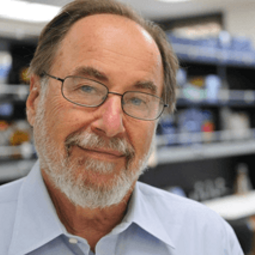 David says that his most satisfying achievement was his 1970 discovery of reverse transcriptase for which he received the 1975 Nobel Prize in Physiology or Medicine at the age of 37. “It culminated the first 10 years of my career in science, showing that information can flow from RNA to DNA and explaining the lifecycle of viruses that came to be known as retroviruses. The discovery strongly implied that cancer could be caused by genetic means, then a wide-open question.  It provided a route to capturing genes and making them available for biotechnology. It also laid the groundwork for the discovery of HIV some 12 years later.”

Judge’s Comment: “David Baltimore can be considered one of the pioneers of modern medicine. His far reaching mind traversed the established boundaries, leading to new approaches to disease detection, mechanism and potential treatments. Reverse transcriptase and cloning are just two breakthroughs he has pioneered.”