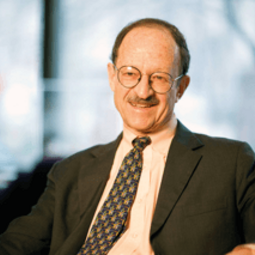 On April 1, 2015, Harold Varmus took up his role at the Weill Cornell Medical College faculty, where he will be conducting cancer research. Harold is previously the director of the National Cancer Institute, and co-winner of a 1989 Nobel Prize for the discovery of the cellular origin of retroviral oncogenes.

Judge’s comment: “Harold Varmus is a pioneer in recognizing the existence of oncogenes: a concept that changed our thoughts on cancer. He was a leader of the NIH for many years and until recently led the National Cancer Institute. At 75, he is returning to New York, still active in his field.”