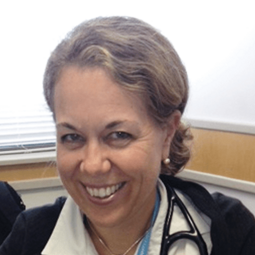 “I always knew I wanted to pursue a career in Medicine, but I was also told at age 15 that I had a uniquely dramatic soprano singing voice. At 18 I was awarded a scholarship to pursue a career in singing in Australia and was accepted to Medical School. I was very conflicted, but decided to go to Medical School and make my decision after completing my medical degree. I eventually made the very difficult decision to set aside a career in music – which I have never regretted.”

“In the 1980s, my best friend in high school, Diana, developed Hodgkin’s lymphoma. Treatment comprised multiple cycles of chemo- and radiotherapy, but finally she went into remission. Later, she was diagnosed with myelodysplastic syndrome – a direct consequence of the Hodgkin’s therapy – and died soon afterwards. It was so cruel, and it became clear to me that we needed therapies that kill malignant cells and not bystander cells. As a result, I became interested in cellular immunotherapy.

“I ended up working on Hodgkin’s by chance when I moved to Houston. We’ve now developed a T-cell therapy that gives complete remissions in over 50 percent of some patient groups, and two-year progression-free survival rates of over 90 percent in other groups.

“If Diana had been diagnosed today, her outcome would have been completely different. Hence, I would say that this move to Houston and the serendipitous moment when I was able to develop a novel and ultimately, highly successful cell therapy for the same disease my friend had been diagnosed with was truly a pivotal moment in my career.”