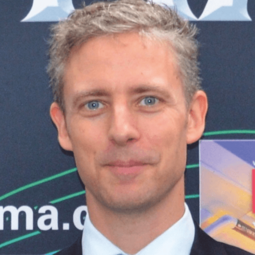 Passion
“As President of the PBOA, I'm most passionate about giving a voice to the CMO/CDMO sector, whether that be in negotiations with FDA, lobbying Congress, or speaking to the customer-side of the industry. Having been part of this industry since 1999, I'm honored to represent it and I'm glad that so many participants recognize the need for an association that reflects their interests.”

Pivotal moment
“The pivotal moment came late in 2013, a few months after holding a seminar about the possibility of a trade association with a variety of CMO/CDMOs. I was working on a big, time-consuming year-end project at [Contract Pharma] when I realized, ‘I will never be able to get a trade association off the ground while I'm also putting out this magazine.’ That evening, I made my first phone calls to some potential members and asked them three questions, ‘Do you really think we need a trade association, do you really think I can run it, and would your company put up funds to help me launch it?’ I received full affirmatives from the first five companies I called, and that's when I decided to give notice and start the association.

“The most pivotal moment since then was when I came up with the final formula for revising the funding model for GDUFA II in a way that satisfied all stakeholders. That was the culmination of nearly a year of negotiations, and I think it provided an elegant solution to the problems of shifting the costs of the GDUFA program to the sector that benefits from it the most (namely the holders of Abbreviated New Drug Applications) and of providing relief for small businesses.”

Change
“The big change I'd like to see is already happening: CMO/CDMOs are being recognized as important stakeholders in the healthcare ecosystem. Once upon a time, pharma companies wouldn't admit to using CMOs, saying, "We make what we sell and we sell what we make," so I'm glad that they've evolved and accepted publicly that outsourcing is an important part of global supply networks. But I guess if I had to offer up a pie-in-the-sky hope, it would be that someday a customer actually means it when it says it wants a CMO/CDMO to be a ‘partner’.”